April was a month of disparate explorations at FoAM bxl. We began with designing an Open Sauces dinner, then hosted Lisa Ma as a speculative designer in residence, mentored our current 'generalist in transience' Michka Melo, and planned various upcoming events and workshops. As the weeks progressed the contents and processes began flowing into each other, with food, futures and a sprinkling of biotechnology as strange attractors.

Our winter research period has produced plenty of seeds that we were keen to begin planting in practice. We put a range of scenario building techniques to the test with individuals, small groups and in public events. The first challenge was to design an Open Sauces dinner, taking place at the Edinburgh Science Festival, where each of the dishes and the conversations surrounding it would reflect different food futures. To narrow down such a huge topic, we focused on the relationship between food, well-being and the environment. We were curious what would happen when people could taste possible futures and reflect on them both intellectually and somatically. This resulted in the design of a multi-course menu ranging from potato peel and seaweed chips accompanying a scenario where global supply chains and agribusiness had collapsed, to a vegetarian shepherd’s pie from the transition regions, to drone-delivered absinthe truffles crafted in metropolis-sized food forests called Bucolicities. We served the menu to a group of future tasters at the LateLab evening organised by New Media Scotland and curated by FoAM’s dear friend Amanda McDonald Crowley. 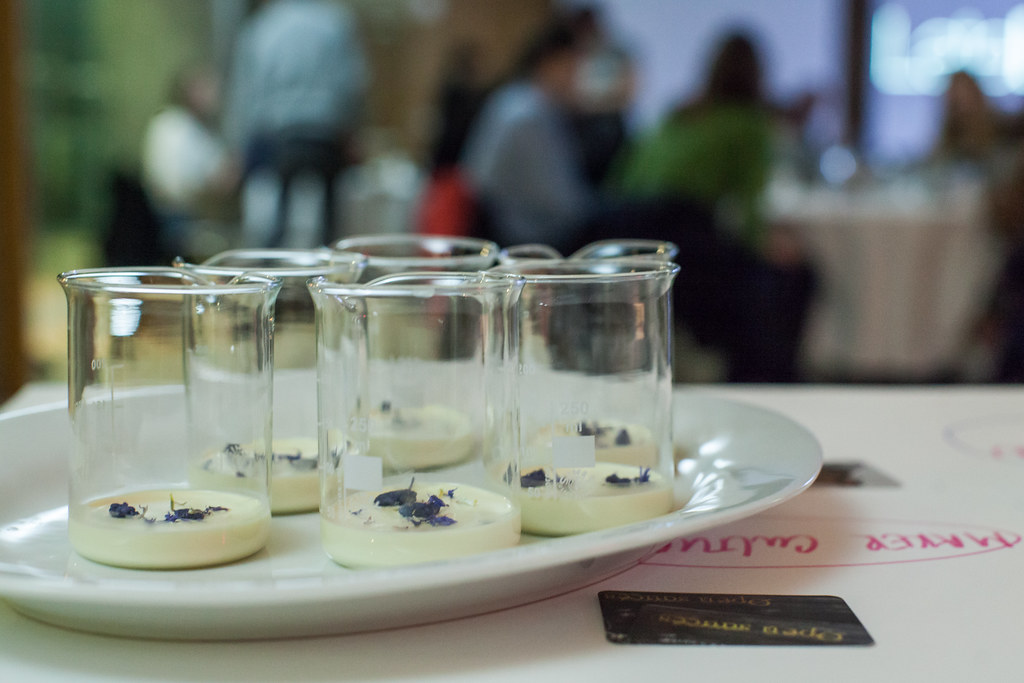 Amidst preparations for the Open Sauces dinner, Lisa Ma arrived for an intensive microresidency. With Lisa we worked on a very different approach to scenario building – she knew the outline of where she wanted to go, but needed to fill in a whole lot of blanks. Lisa came to FoAM to develop her ideas of a speculative movement called the 'Bioluddites' – a translocal network of people critically engaging with biotechnology and its political, economic and social effects on food, health and the environment. Was this serendipity at work? In her first process presentation to our team, Lisa used surprisingly similar terminology to our own during our Open Sauces scenario building workshops. Although we didn’t attempt to merge the two projects, after a few days Lisa was using our food futures scenarios to scrutinise Bioluddite principles, and we tested some of the Open Sauces recipes during Lisa’s research gathering. 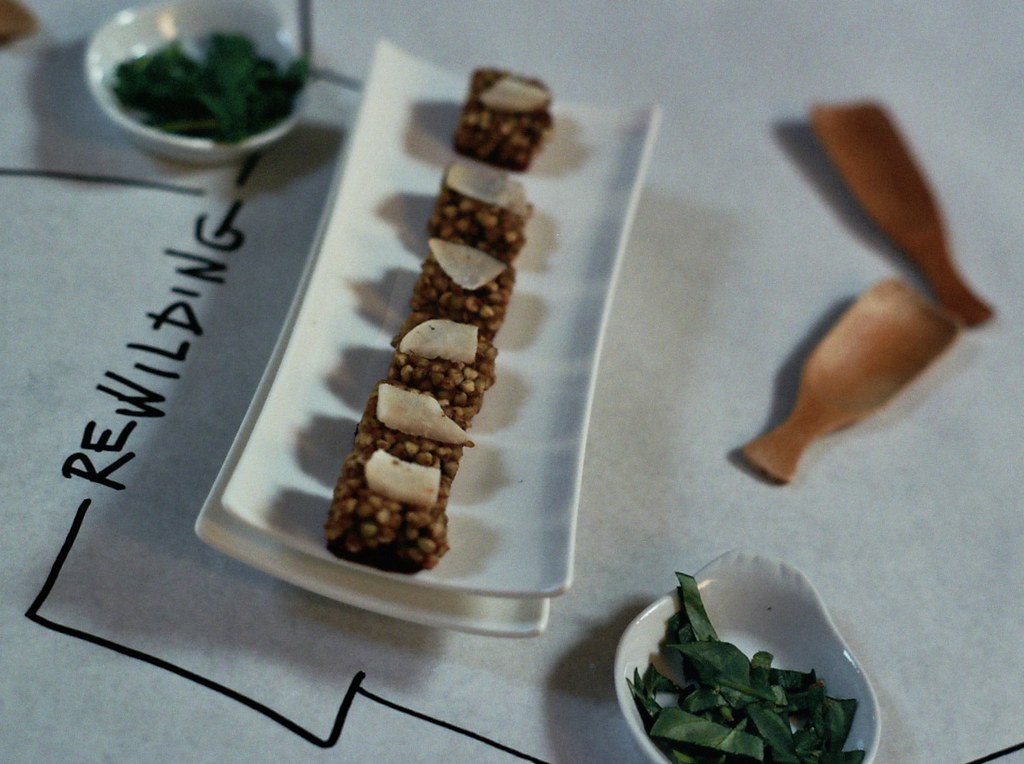 Aside from the connections with Open Sauces, Lisa’s work expanded to a much broader (and vaguer) sphere where biology and technology cross-pollinate. Her own starting point was her project with Timelab in Ghent looking at the interaction between humans and invasive plant and animal species, as well as a series of ethnographic food travels to China, Germany and the UK. Early in the process it became apparent just how unclear the edges of biotechnology (and its social and political effects) actually are and just how misunderstood the term 'luddite' and its historical context could be. What was much clearer was that a critical stance towards developing and using biotechnology should become a part of a new kind of literacy for us all. Enter the Bioluddites: people who unveil threats and benefits of using biotechnology in everyday life – not just in the high-tech transhumanist stuff, but in seemingly harmless medical check-ups, or supermarket tomatoes from unknown origins. Lisa had an intuition that such a movement should exist, or that it perhaps already does without it being labelled as such. 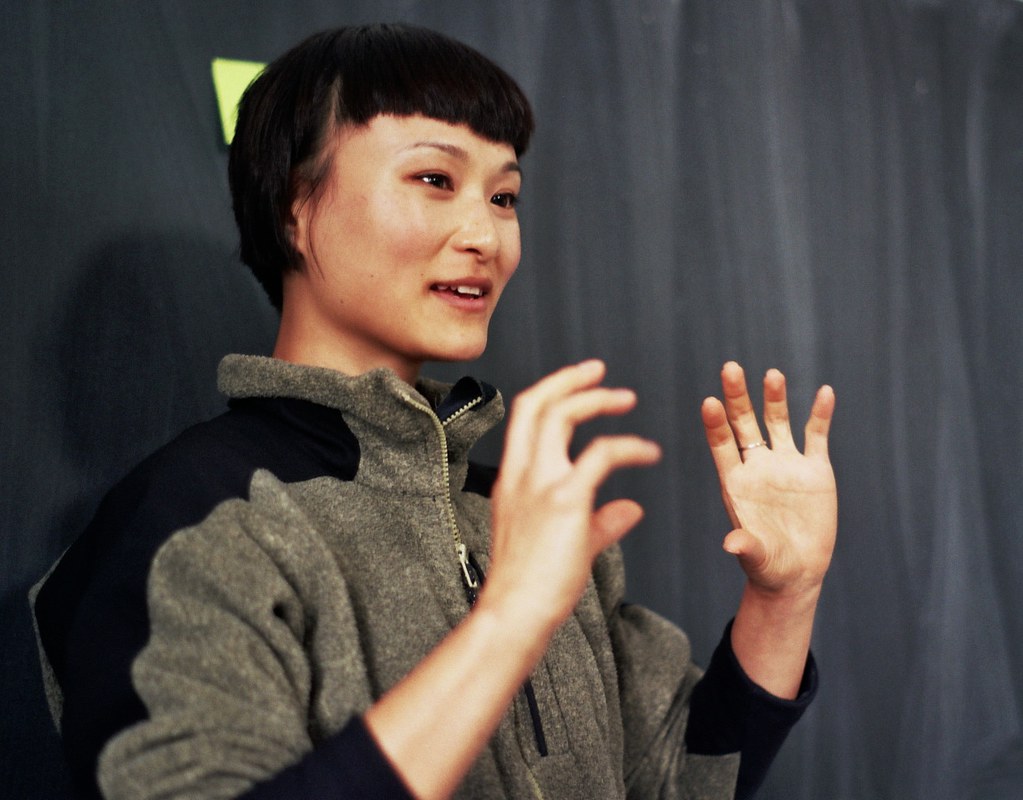 We spent a week at FoAM exploring the alleged mind and body of a bioluddite in various hypothetical situations: from a scenario in a GP's waiting room to peeking into a bioludd’s wardrobe and kitchen cupboard. By the end of the microresidency we staged scenarios and sketched out a draft for a Bioluddite Charter. The charter's public life will be ongoing, as Lisa is planning to present it at the Luddite Bicentenary in Nottingham in June.

However, creating a movement in a week – even if it is a speculative one – is perhaps a tad too ambitious, so by the end of the microresidency we were left with a list of conundrums for the Bioluddite movement which we set loose on a dedicated audience at Lisa’s research gathering. The discussions were often heated and constructively critical, which wasn’t surprising given that members of the audience included artist and biologist Angelo Vermeulen, open culture theorists and practitioners from Constant, and the artivist Zeljko Blace. 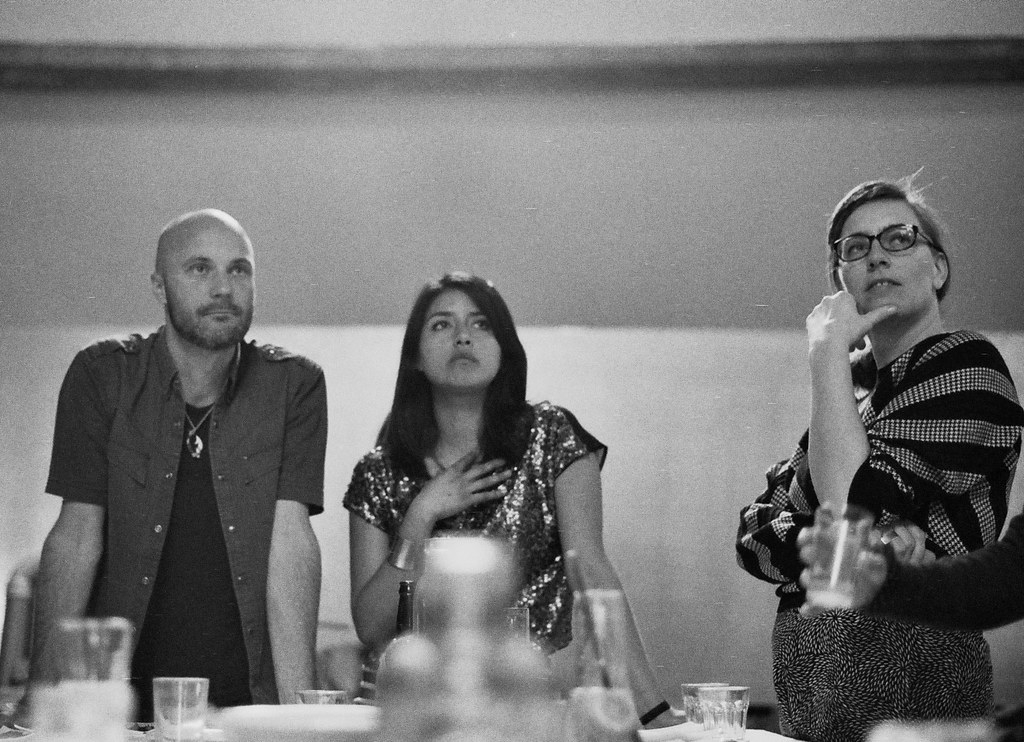 Even after Lisa’s departure, the future of biotechnology and biotechnologists remained a thread in conversations for the rest of the month. We held our first experiment using scenario building as a coaching/mentoring technique for one person: Michka Melo, the newest member of FoAM bxl. Michka is a biotechnologist by training, but a generalist in spirit, currently in transition from a 'standard' carreer (which would leave him climbing the hierarchical research ladder for years to come) into… something else. We wanted to explore what this something else might be through scenario building.

Michka’s down-to-earth question, looking at which activities would make him feel useful, energised and peaceful, led to a series of scenarios ranging from very plausible to quite utopian, with Michka shape-shifting between a researcher in a basement, a globe-trotting passionless expert, a burnt out New-Edge Hacker or a well-balanced CommonTech Invigorator. Michka will take a few weeks to fill in the details and come up with his preferred scenario(s), which we’ll then submit to rigorous 'retrocasting' (aka backcasting) in early June, to find out how Michka could get from 'there' back to 'here'. 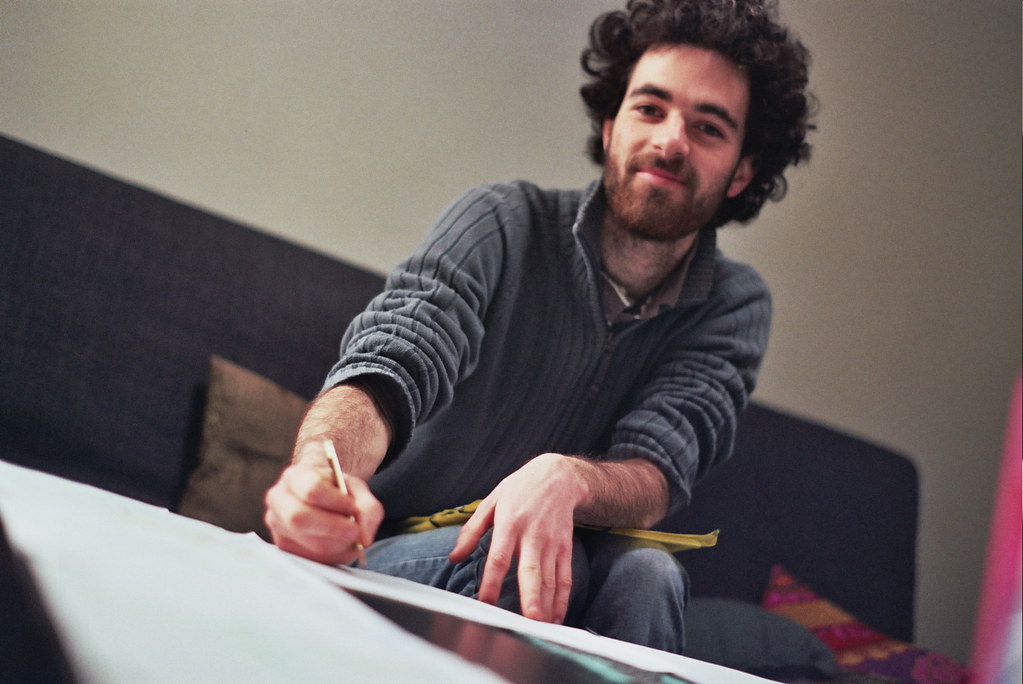 In the meantime Michka is invited by Eva Bakkeslet (one of the participants at FoAM’s Biochymickal Arts workshop) to present for the workshop 'Exploring the Microcosmos: New Paradigms for Microbial Communities' at the Schumacher College in the UK. Preparing this presentation will feed into Michka’s scenario work as well. We’re curious to see where this goes. Although the process isn’t finished yet, it seems very promising. There have been requests from several people in our network who’d like to try scenario building in the context of coaching as well. Who knows, it might become one of FoAM’s services in the future…

Last but not least, I participated in a talkshop at end of April with Arne Hendriks and Tim Joye called 'Between Fear and Euphoria', looking at the role of arts and culture in the increasingly political arena of biotechnology. Arne presented his ideas and research behind the 'Incredible Shrinking Man', exploring a possible future where humans would shrink to approximately 50 cm, needing less resources, living longer and (literally and figuratively) reducing our footprint on the environment (sounds like the arrival of the thumb-sized Future Buddha might be closer than we expected!).

Arne is a charismatic artist/art historian and a wonderful proponent of 'what if' thinking. As he explained at the event, people used to have spirit familiars whom they could consult to expand their conceptual space of what is possible. Talking to an immaterial familiar on your shoulder today will probably be viewed askance, but working as (or with) artists this might be otherwise. An artistic frame of mind encourages us all to carve out space and time where we are 'allowed' to go beyond the probable, creating a new dynamic relationship between the present and the future and finally daring to ask what we actually want for ourselves. 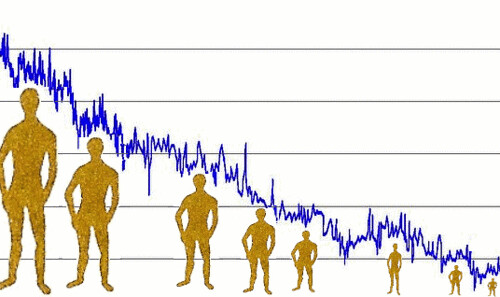 Arne ended the conversation by asserting that the role of artists in today’s world (balancing between fear and euphoria) is to lead by example, taking responsibility for their own lives and environments. In a world where everything is possible, the question is not so much where can we go, but where do we want to go? That sounds good to me. We are keen to continue exploring the 'what if' spaces with Arne at the Future Fictions lab at Z33 in Hasselt over autumn. More about that in our upcoming newsletters and blog posts.