In our guise as a speculative culture laboratory we've been circling around the field of futures for several years now, but it was only from the beginning of 2014 that it became a central focus for FoAM in Brussels. Our interest in futures has been steadily growing through earlier works (such as Resilients or Luminous Green) that explored what it might mean to live with uncertainty – be it environmental, economic or cultural. We believe that dealing with uncertainty requires a particular kind of sensibility – one in which we live firmly in the present while remaining fully aware of emergent trends, and adapting accordingly. In our current project, Future Fabulators, we investigate how to “extend” the present, embracing an awareness of emerging futures. We are less interested in predictions and more in uncovering situations, assumptions and behaviours that might make us more or less prepared to live with uncertainty. 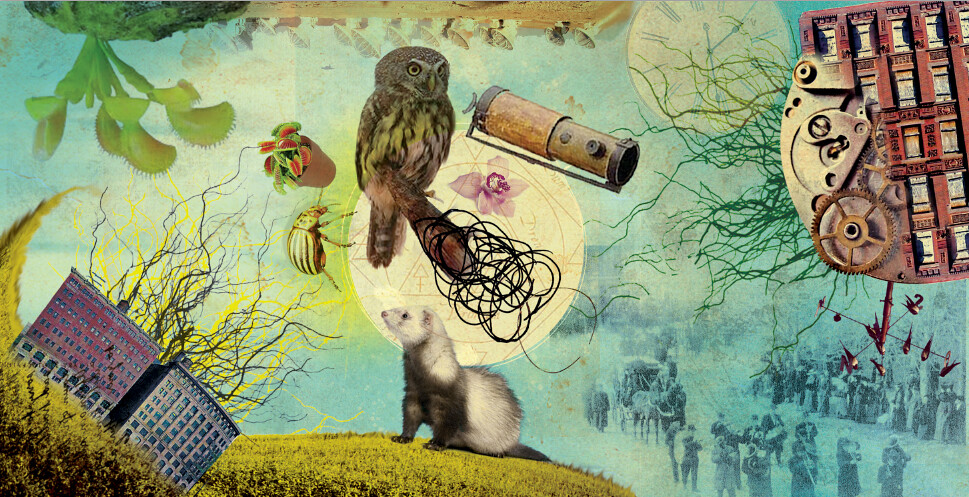 Attempting to comprehend the field(s) variously known as futures studies, strategic foresight, or futurology, and our place on its fringes, we embarked on a research expedition into the depths of foresight and experiential futures early this year. Realising just how vast and fragmented the field is, we gleaned information from a wide range of sources including the military, commercial and design contexts, along with digressions into critical studies and action research. Nik Gaffney and I managed to occupy the calm eye of the storm for a few weeks during their research retreat, filled with academic papers, scribbeld notes and variously obscure online sources. They discuss their research process and conclusions in Antipodean Musings, which can also provide a comprehensive entry point to the Future Fabulators wiki. Conversations with some maverick futurists, including Stuart Candy, Scott Smith and Justin Pickard helped provide direction through this tangled field. The results of our work are publicly accessible on the Future Fabulators wiki and have been the basis and inspiration for a range of further workshops and events. Most prominently, the Time's Up Crew used the materials to help design the Data Ecologies 14 symposium in Linz, Austria, on the theme of “languages and tools to think out loud about futures”. Now in its sixth edition, the symposium saw several remarkable characters – including Justin Pickard, Scott Smith, Trevor Haldenby and Julian Bleecker (remotely) – bring their intriguing ideas and points of view to the podium. FoAM’s own presentation set out from a point of radical doubt and concluded with an appeal to involve humans and non-humans alike in shaping our futures. Alkan Chipperfield wrote an insightful blogpost about the symposium upon our return. 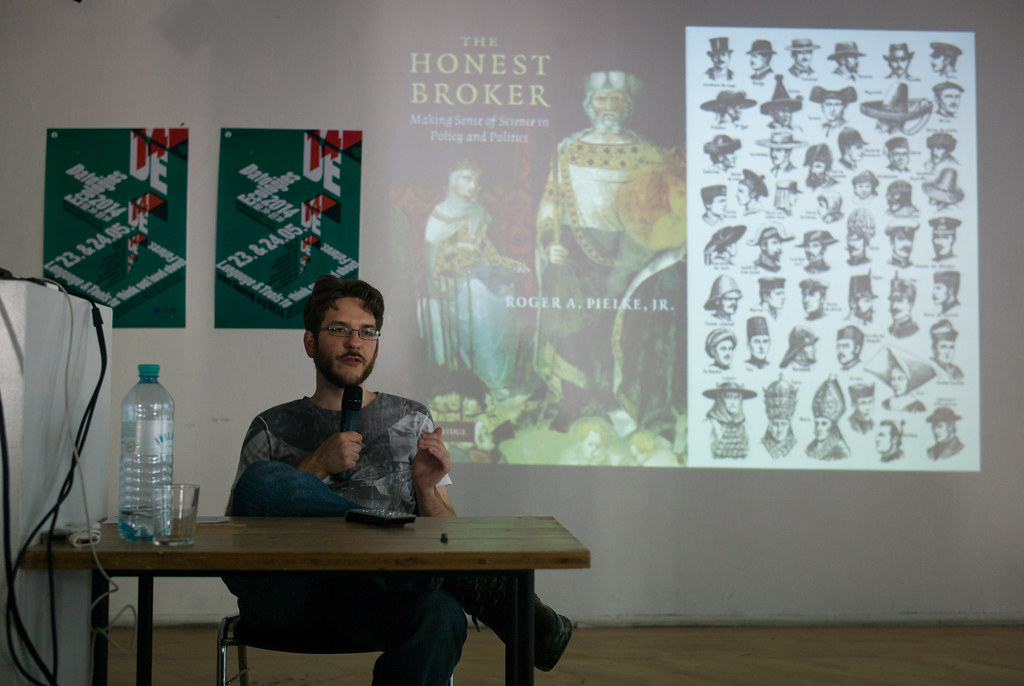 The symposium was followed by an epic book sprint beside lake Attersee, where we proceeded to distil a book from the teeming pool of ideas and material presented at the symposium – in just four days. With chapter titles like “Everyday Futures”, “Futures Commons” and “Tent Poles and Rabbit Holes”, the book became a peculiar mix of cultural commentary, case studies and the beginnings of a handbook connecting futures with transmedia storytelling. We are currently discussing the evolution of this book, so updates are likely in one of the many possible futures ahead. The more pragmatic elements of our futures research – techniques and processes providing less expert-driven and more tangible and experiential approaches – will end up in the “Futurist Fieldguide”, a manual of sorts for people without a “futurological” background who are keen to get to use proven methods to approach futures. We will be developing the fieldguide in public during the Future Fictions exhibition at Z33. The curator Karen Verschoren has invited FoAM to co-create a Futures Lab, where we will be spending much of our autumn. The lab is planned to include a semi-continuous futurist lounge and research hub, a food futures vernissage, a long-form 'Doing Nothing' pre-enactment, as well as workshops and salons with Arne Hendriks, The Extrapolation Factory and a neighbourhood prehearsal in collaboration with the Faculty of Architecture of the University of Hasselt.

After all this reading, writing, reflecting and talking, by the time spring came we were itching to put some of these theories into practice. We (the core team of our Brussels studio) were particularly keen to ferment some of the predominantly constructivist methods used in scenario planning to give them a FoAM flavour. We wanted to make the methods lighter, more playful and participatory, more experiential and multisensory. In our attempt to break out of the most common boundaries of foresight – military and business – we've taken the scenario development process in some quite unique directions, highlighting the possibilities of its use in a variety of circumstances. In Lucid Dreaming a Storyworld with Time’s Up at their harbourside dream lab, we selected some of the more flexible futures techniques (such as causal layered analysis) and combined them with improv, surrealism and creative writing exercises to design a storyworld that could be implemented as a physical narrative, prehearsal, or combination of both. During this two-day workshop we experimented with opening up the futures processes to alternate ways of knowing – pre-rational, somatic, interpersonal, emergent. 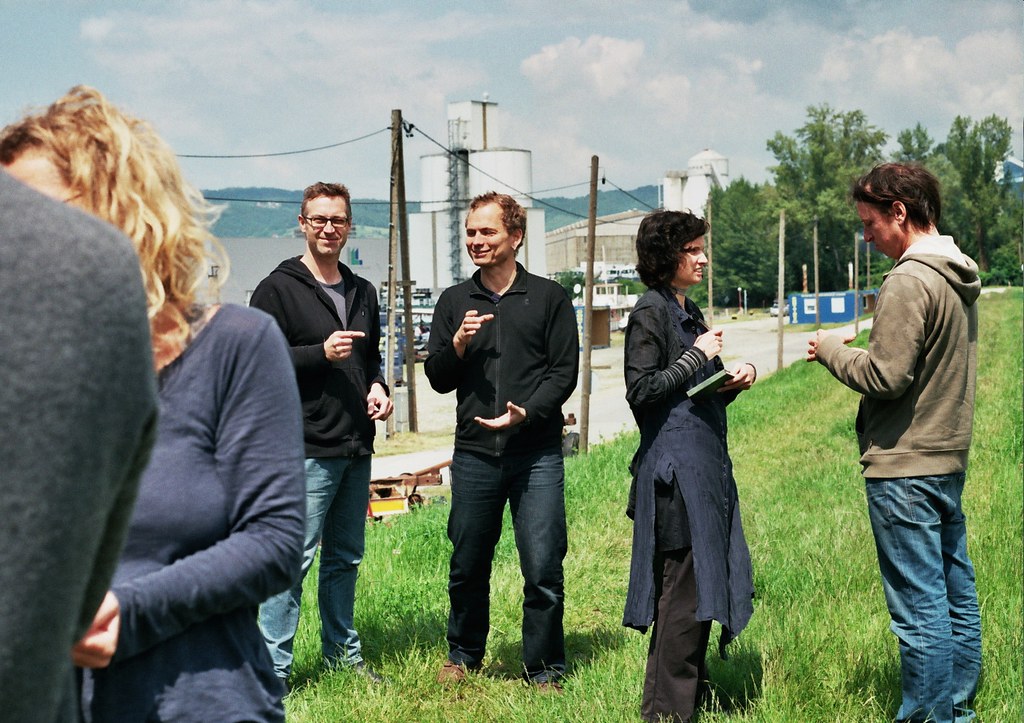 This oblique approach to uncertainty has lead us not only into lucid dreaming but other ambiguous topics, including the “Third Culture” and “Visualising the Invisible”. The latter as a part of a summer course of the University of Washington, held in Amsterdam and brought together two dozen students, faculty and their children, all keen to dive into the process and see what emerged. Over two days we moved from what we know, presume and don’t know about Visualising the invisible to a full-blown (albeit short) pre-enactment of a parallel design festival with contributions from four futures ranging from Geriopolis to Biopentopia. The students will translate the scenarios into a series of first-person blog posts describing themselves in each of these scenarios. Furthermore, some of the techniques we used are perfect for visualising the invisible (assumptions for example), and might be taken on by the students in their final projects at the end of August. 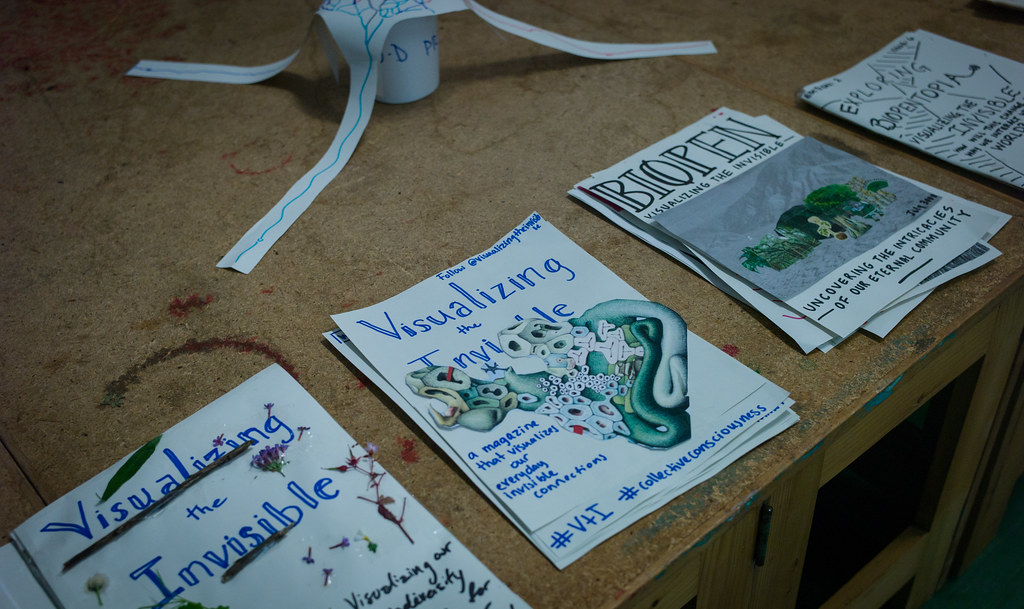 Aside from working on ambiguous topics, another approach we have been experimenting with to bring futures closer to everyday life is to make the process more personal. One of the premises of Future Fabulators is to bridge the gap between the “Big Future” (usually involving zeppelins and starships, even within short time horizons) to the “mundane future” – the kind we tend to imagine when we think about what our lives might be like in five or ten years. The latter might include getting married or finding the perfect job, but rarely nuclear wars or interplanetary colonisation. With two of our residents, Michka Mélo and Sarah Neville (& family), we explored how the processes and scenarios that were designed around the "Big Future" might translate to the futures that they're faced with in their everyday life.

While in some of our group workshops imagination ran wild, we wanted to try a different approach with a new service at FoAM. In the spring we held a personal scenarios session with our biotechnologist in transience Michka Mélo – the first time we used the process with a sole participant, and which could potentially open up a whole new field of personalised futures “coaching.” Starting from a single question, we guided Michka to finding his preferred future, which he called “The Edge Hiker”, and then helping him “retrocast” step by step back to the present. Our next session will include designing a long form pre-enactment that Michka plans to complete by the end of November when his transiency ends and “The Future” begins.

On the other side of the world, and following on from her Parenzana residency looking at contemporary stories, myths and weatherlore surrounding natural disaster, Sarah Neville and family translated one of the scenarios, Culture as Cult, into a family pre-enactment over four days in their Adhocracy residency at the Vitalstatistix Theatre Company in Adelaide, Australia. Nik and I joined the residency from Belgium, through an online talk about FoAM’s take on futures and foresight in early June. It was interesting to see one of our scenarios come to life in this way. Another scenario, Culture as Nature developed during the same session at the kick-off meeting of Future Fabulators, is in the process of being incorporated into a transmedia story about the endangered Laurisilva Forest in Madeira by Valentina Nisi, Mara Dionisio and Julian Hanna. Our next step will be to join them at a workshop in M-ITI (Madeira Interactive Technology Institute) in early November, to create and experience prototype and keep developing the scenario as a physical and location aware narrative.